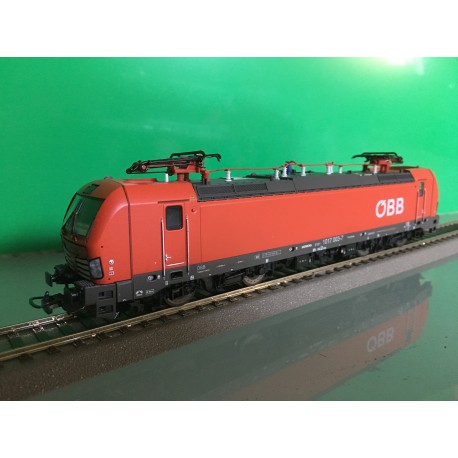 PAAN train is faster than the ÖBB: Vectron already on track!

Recently, ÖBB signed a contract for the delivery of up to 200 new Vectron electric locomotives. The first machines will be delivered in the summer of 2018.

We have taken it on and delivered these trains exclusively from now on in 1:87 scale in the ÖBB dress.

Based on a Piko-based model, the model still carries the conventions for the Taurus, which is currently still fictitious. It is used for the 15 kV / 16.7 Hz version with 2 pantographs and 1217 for the multi-system version with 4 pantographs.

The design and the series are currently still very speculative, but still: so the new locomotive could be called and so it could look. Perhaps the ÖBB follow our proposal.

The locomotives are placed only in small series with very small quantities due to a lack of suitable housings.

Each locomotive carries your individual number which is assigned only once.

On request, the locomotives are supplied with decoders or sound decoders.

Anyone who already wants to have this beautiful locomotive run on his plant, can order it exclusively directly from us!